François Gautret and Marie-Pauline Martin present the issues and the contours of the Hip-Hop 360 exhibition which opens its doors at the Philharmonie de Paris. 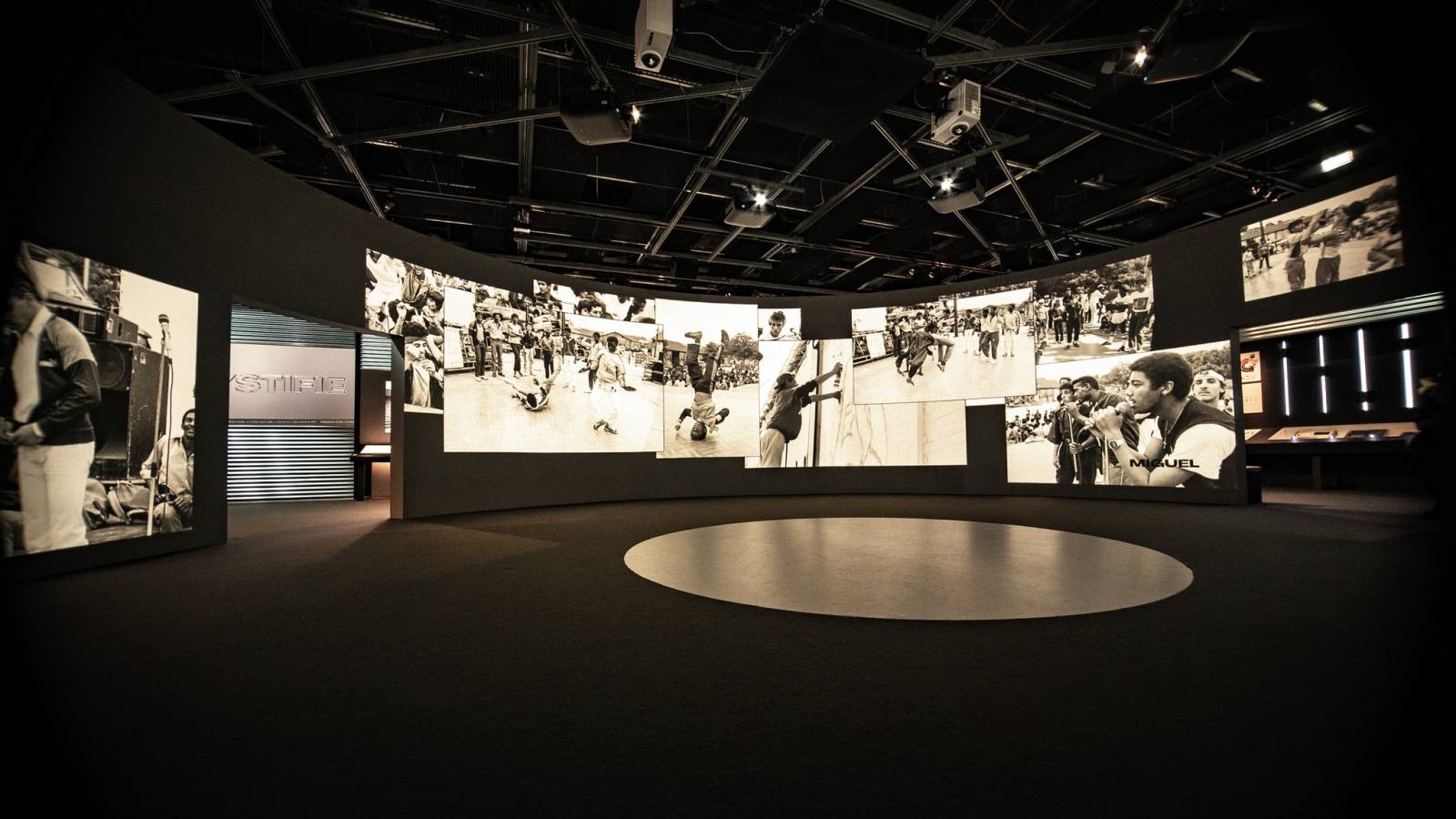 Scenography and 360° immersive screen for the Hip-Hop 360 exhibition, which will run until 27 July 2022 at the Philharmonie de Paris.

Rap, dance, graffiti, DJ, beatmaking, beatbox, fashion… Hip-Hop 360 retraces the forty-year history of the genre. The exhibition relates the emergence of a French hip-hop identity that was shaped by the American model, adapting music, techniques and stories to the French context.

Hip-Hop 360 retranscribes the inventiveness of a movement that is constantly listening to new forms of creation and dissemination. At the heart of the exhibition, a 120m2 circular space with spatialized sound – the 360 – allows visitors to immerse themselves in the midst of breakers, DJs, beatboxers and rappers by offering a unique experience based on previously unreleased performances and recordings.

A rich and immersive journey
The exhibition focuses on several founding periods and events of the genre: the birth of the hip-hop movement in the Bronx in the 1970s, its arrival in France in the following decade, its radio history in France, Parisian graffiti, rap and its musical grammar, the fashion pioneer Ticaret, the evolution of beatmaking, and finally the 360 space: an immersion in the heart of all the hip-hop disciplines. 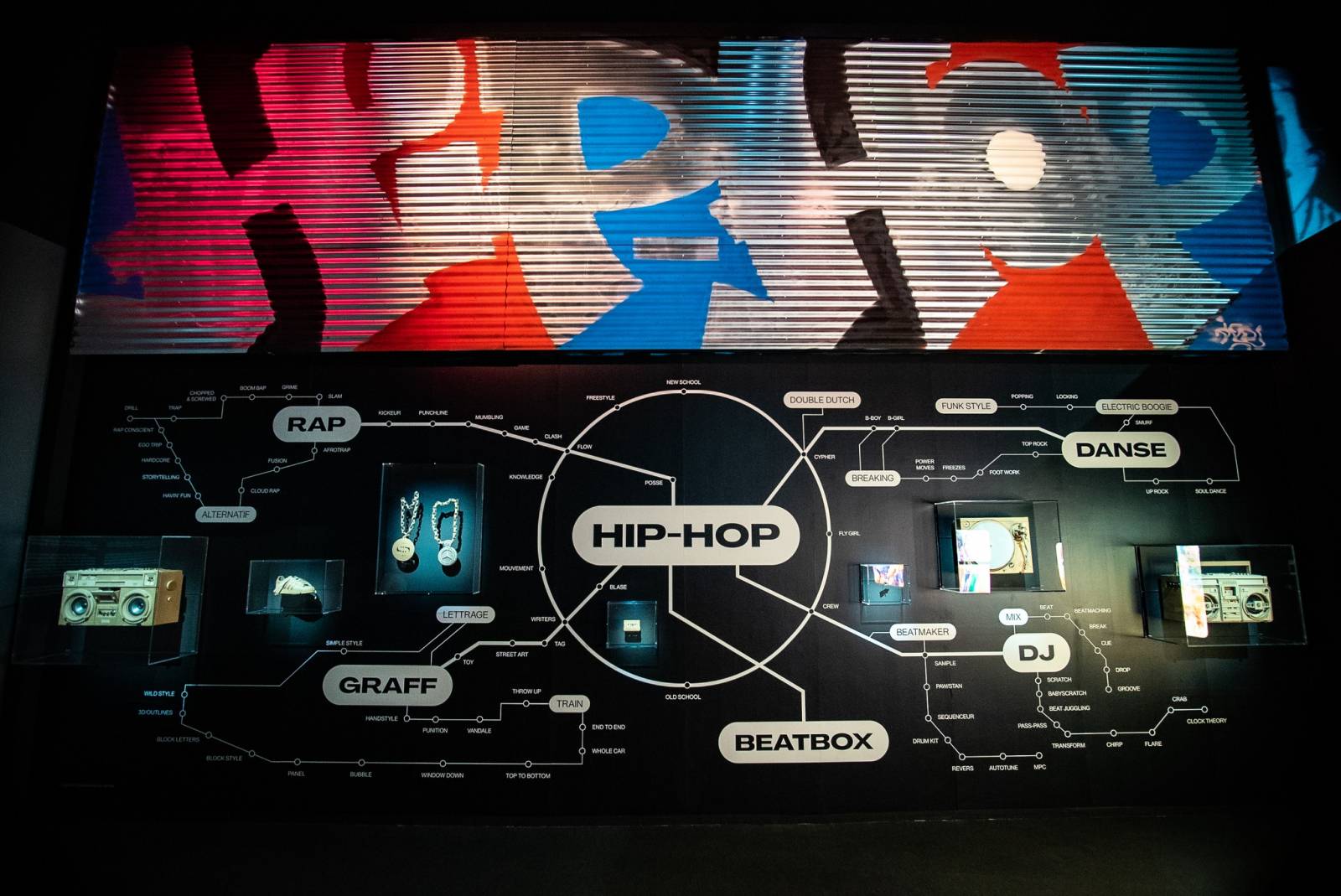 Creations and curation of artists
Hip-Hop 360 is based on the participation of the actors of the movement, pioneers and new generations alike, with notably :

An interactive exhibition
The exhibition offers an extraordinary wealth of music by giving the visitor the possibility of choosing his or her listening from a set of themed selections:

Note: access to the exhibitions is subject to presentation of a valid vaccination pass. Please book a slot online before coming, as availability on site is not guaranteed.