International Day for the Elimination of Racial Discrimination 21 March

In 1966, the United Nations declared 21 March as the International Day against Racism. On last year’s Day Against Racism, the UN called for the prevention and combating of right-wing extremism.
Racism, racist violence and discrimination unfortunately remain a challenge for our plural and diverse society even 49 years after the UN Convention. In recent years, racism and racist crimes have increased, as have anti-Semitic crimes.

In March 21, 1960, a peaceful demonstration in Sharpeville, South Africa, in response to a law on apartheid was bloodily suppressed and cost 69 people their lives. In response, the United Nations (UN) proclaimed 21 March 1966 as “International Day to Overcome Racial Discrimination”.

Prior to this, an International Convention to Overcome Racism was presented to the United Nations General Assembly in 1965 and entered into force in 1969.

Austria ratified the “International Convention on the Elimination of All Forms of Racial Discrimination” in 1972 by a resolution in the National Council.

The Convention to Overcome Racism Today

In 2017, on 21 March, the United Nations drew attention to discriminatory “racial profiling” and condemned this practice. The UN describes racial profiling as “a reliance by law enforcement, security and border control personnel on race, colour, descent or national or ethnic origin as a basis for subjecting persons to detailed searches, identity checks and investigations, or for determining whether an individual is engaged in criminal activity”. The UN emphasizes that refugees and migrants are particularly affected by racial profiling.

In 2018, the UN campaign focused on promoting tolerance, inclusion and respect. To this end, Article 1 of the Universal Declaration of Human Rights is particularly emphasized: “All human beings are born free and equal in dignity and rights. They are endowed with reason and conscience and shall meet one another in a spirit of brotherhood.”

In 2019, the UN campaign for the International Day against Racism will focus on preventing and combating right-wing extremism. The United Nations expressed concern about the increasing glorification of Nazism online and the use of digital networks by neo-Nazi groups to spread their racist and violent ideology. The latest report by UN Special Envoy E. Tendayi Achiume draws attention to this danger: – Link

The United Nations has not yet published a focus for 2020.

Hate in the Web

The UN Convention, adopted in 1969, also contains passages in which contracting states undertake to prohibit “racist propaganda”. This passage is gaining timely relevance through the current debate on the spread of hatred and racism on the Internet and in social networks.

Article 4 of the International Conventions on the Elimination of All Forms of Racial Discrimination: “States Parties condemn all propaganda and organizations based on ideas or theories of the superiority of any race or group of persons of one colour or ethnic origin, or which seek to justify or promote any form of racial hatred and discrimination; they undertake to take immediate and positive measures to eliminate any incitement to such discrimination or acts of such discrimination. […]
4 b Organizations and also organized or other propaganda activities which promote and incite racial discrimination, to declare them illegal and prohibit them, and to recognize participation in such organizations or activities as an offence punishable by law”.

Be a human rights champion, #fightracism and #Standup4humanrights.

In 2001, the World Conference against Racism produced the most authoritative and comprehensive programme for combating racism, racial discrimination, xenophobia and related intolerance: the Durban Declaration and Programme of Action. In April 2009, the Durban Review Conference examined global progress made in overcoming racism and concluded that much remained to be achieved. Undoubtedly, the greatest accomplishment of the conference was the renewed international commitment to the anti-racism agenda.

In September 2011, the United Nations General Assembly held a one day high-level meeting in New York to commemorate the 10th anniversary of the adoption of the Durban Declaration and Programme of Action. There, world leaders adopted by consensus a political declaration proclaiming their “strong determination to make the fight against racism, racial discrimination, xenophobia and related intolerance, and the protection of the victims thereof, a high priority for [their] countries.”

Coming as it did during the 2011 International Year for People of African Descent, the 10th anniversary was a chance to strengthen political commitment in fighting racism and racial discrimination. 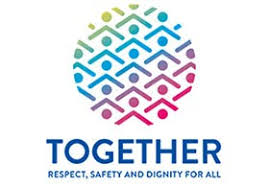 Take a stand against racism in your community. Join a group advocating for the rights of racial or other minorities and volunteer to help, including through online volunteering.